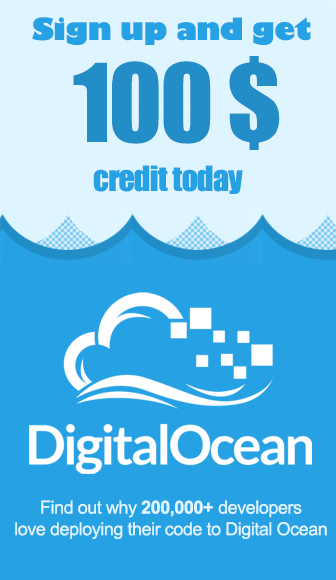 Usually the posts at this website are about web development tools. This time however, I’ll walk you through a completely different path! The subject of this post is about working environments and an alternative way of  thinking at work. It doesn’t matter if you are a Junior or a Manager. It doesn’t matter if you work for a big bank or at a startup company; the theory stands for everyone. The theory is simple. Treat your work like a game! Seriously… that’s the theory! I told you that it is simple 🙂

Ok! And now what?

If you haven’t completely understood what I meant with the word “game”, don’t worry! You are not alone. Most people usually misunderstand the meaning of a game at business! People have in mind that a game is something not real and that in a game you can either “win or lose”. Tell me if I am wrong! When you first read the line “treat your work like a game” you thought something like “Seriously… how can I even imagine the work that I am doing with all the strict deadlines and the fear of losing my job as a game? I am not interested in doing that and apparently this will never happen.”

This is a common reaction as at most working environments people are too worried that they will be fired if they do a mistake. Even worse, for some people everyday at work is a big threat. And that’s why the game of “Winning or Losing” is scaring them as they have in mind “Win = business as usual (a quiet day is a good day)” and “Lose = the risk of losing their jobs”. So, most people think of this game will eventually come to the end and one day they will just lose their job if they see it as a game.

Also considering that people don’t like changes, it is difficult for them to be convinced to change even their thoughts about their work. Despite these two facts, let me tell you a story, which is actually my story, and perhaps it might give you a glimpse of inspiration about my theory.

So my story begins with me being a Junior Developer and working hard in order for the business to get their wish-list done. Really hard work for many people (not only me) simply means no time for improvements of the process.

We knew that something was wrong but we really didn’t have a choice (or at least this is what were told!). One day my manager sent an email about a task that we had never heard about and which was now top priority and we needed to have it ready by the end of next day. Of course we had a million other priorities, so we just needed to add one more priority at the top of our enormous task list. At that moment, the only ways I could think of in order to deliver this task on time was to add even more hours to our schedule (e.g. to work overtime) or to remove other priorities. Usually I would just change the priorities as we now had to deal with a strict deadline put by my manager, who was also the person who was (indirectly) paying my bills. However, I thought about it really well and concluded that I didn’t really agree with this priority. This task was something totally new, something that we had never heard about and definitely if it was that important we should at least have heard of it before.

So I just thought, is that task really that urgent? And at that very moment the theory came up to my mind. Let’s pretend that this situation that I am experiencing right now is a video game. If it was an actual video game, I would prepare myself well to win this! I had tried dealing with similar situations in the past by asking no questions, raising no objections and working as hard as I could, but now I had to find an alternative… I can say that it took me a long time to think about it and then I said to my mind “This person doesn’t know what he is talking about!”. I am aware of the fact that this is very risky thought and most importantly it is even scarier doing something about it. But I was working for too long on this project and I was sure that my theory was right. I just wanted to confirm it. So what I did was to send back an email just asking for specific information about the urgent task with specific questions. The answer came up as expected! My manager didn’t know what he was talking about!! To make the long story short, we eventually started working on this task 3 months later which was sufficient proof that this task was never too urgent! At that moment, I realised that by sending this email I had saved myself and my team from at least an additional 8 hours of overtime for these 2 days. Just like that! And most importantly, I could spend that time doing something else. Even to relaxing in front of the television at home would be more productive and interesting in comparison to work for the wrong reasons.

And I did thought “I can do that all the time” :). Of course it is not so easy. In fact it is not easy at all. And at that period, I was just lucky that my theory was right. What if my theory was wrong? I could get fired just because I haven’t treat the problem as urgent. However, this didn’t stop me. I thought about it and I did came up with the Business game – I don’t know if someone else invented that earlier (I couldn’t find any related articles) so… at least for this article this is now MY theory 😀 .

So let’s treat from today our work as a game. Of course we first need to create the rules of the game. I don’t like the “Winner or Loser” game. Wouldn’t it be better if we had a game that the rules are like this?

“Win = Live for the day” and “Lose = You’ve learned something new”.

Notice: I know you are still frustrated as the above theory… because it is something that you feel that it will just never happen. For you and for everybody there is still the fear of losing their jobs. Maybe you are even mad at me that I am trying to convince you the way that you think about your work. You may think that I don’t have the right experience to talk or I haven’t work enough to get these conclusions. However this is not true. The theory was born after working many hours per day and sometimes over the weekend in order to get everything till the deadline. To simplify the things in your mind, your managers are already playing those games!

The Business Game is about a modern 21st century game. Have in mind that games, tools and … people have been improved from time to time. However the most of the businesses didn’t change the culture and all because of the money! However the good news is that the culture of the work is not coming only from the managers but it is coming mainly from the people that are working in these companies. You have the power to change things. Usually it is taking a lot of effort and that’s why people don’t even try.

So treat your business like a modern game where you have infinite lives and hence when you lose, you really just learned something that can help you for later.

How to play the game?

Now that you are more interested about the Business Game, I did create some rules that you need to follow in order to play the game right. I did try to list all the rules in order to know the limitations of the game:

Lastly…
– Remember! Nobody really knows how you really feel… and at the most of the cases they don’t really care! This is the main reason that the Business Game was invented. You deserve to feel happy and no-one can take the happiness from you. So from now on you can treat your work as a game. A game that you never lose, you just learn. From that you can actually always WIN the following:

The main goal of this article is to change the way that you think at work. This article is for you to think and experiment the change. I didn’t want to go through too much details to this article. If you want to learn more about working environments and gamification below I have a list of interesting articles/books to continue reading:

Also a very interesting product that I’ve found while searching for similar articles (and I am now using):

Don’t forget to add comments with your thoughts or your experience. This article is not written in stone and I may extend it at the future. Feel free to write your experience below.

More from my site

This site uses Akismet to reduce spam. Learn how your comment data is processed.